What is Tezos (XTZ)? | A Beginner’s Guide to the Controversy Coin

This article was originally published at CoinCentral.com, follow this link to the original article (https://coincentral.com/what-is-tezos-xtz-a-beginners-guide-to-the-controversy-coin/)

Introducing the world’s first self-evolving blockchain, Tezos is a smart contract platform similar to Ethereum. While established virtual currencies like Bitcoin have stuck to their guns, Tezos sees the future of cryptocurrency as an upgradable path to success.

Cryptocurrency tech is advancing at such a pace that it seems rather difficult to keep up with all the latest developments. Why not upgrade your blockchain with the latest tech as it becomes available? As new innovations unfold Tezos predicts that their blockchain will remain on the cutting edge.

How Does it Work?

It is a peer-to-peer, distributed, and permissionless network which aims to make a few notable improvements over its well-established neighbors. In particular, the team sells themselves on the major ideas of self-amendment and on-chain governance. Let’s take a look at a few key features:

A key feature is the involvement of all stakeholders in the direction and governance of the platform. Stakeholders can vote on amendments to the Tezos protocol and even changes to the voting procedure itself. In the simplest case, stakeholders will approve or veto changes in the code or protocol.

A typical blockchain uses the following 3 protocols to function:

However, in Tezos’s case, they use a generic network shell which is compatible with the different transaction and consensus protocols a blockchain needs. In other words, it was built with a modular fashion in mind. The blockchain is kickstarted with a seed protocol which will then be democratically directed as the project matures.

The source code is implemented in OCaml – a fast, flexible, functional programming language which should suit such an ambitious project and its technical requirements.

According to a post via their official Medium channel, consensus is achieved in an alternative delegated proof-of-stake (dPOS) method. Liquid proof-of-stake is the proposed name for this approach:

Quite amusingly, Tezos refers to the staking process as “baking”. In this blockchain model, bakers commit deposits and are rewarded for signing and publishing blocks. Any bad behavior by bakers will end in a lost deposit. According to the latest data, there are already 450+ bakers contributing to the safety and security of the network.

Since one of the fundamental philosophies revolves around a virtual democracy, any token holder may delegate their baking and voting rights to others in the network

The project is the vision of Arthur Breitman. French-born, Breitman has significant experience working for large corporates like Morgan Stanly and Goldman Sachs. Together with his wife Kathleen, they now manage the cryptocurrency project from a San Francisco office :

Arthur Breitman is a computer scientist and mathematician who has experience working in the financial sector. He closely followed the historic rise and adoption of Bitcoin from the outset and noted it’s “inability to evolve” and instead lead to hard forks. His proposed solution is the Tezos project that exists today.

Kathleen Breitman also has experience in the financial sector, working previously for renowned companies such as Bridgewater Associates and R3. The latter gave her insights into distributed database technology.

In 2014 Arthur published two papers about his self-amending cryptocurrency vision. Those papers have since evolved into the current Tezos whitepapers. In the following year, he established a company in the US called Dynamic Ledger Solutions (DLS).

Despite widespread publicity of the project, little information is known about the rest of the team. There is no employee information via the website and digging through LinkedIn provided little clues. A recent twitter post, however, shows what seems to be the Tezos crew in a Parisian office in front of the iconic Eiffel Tower. 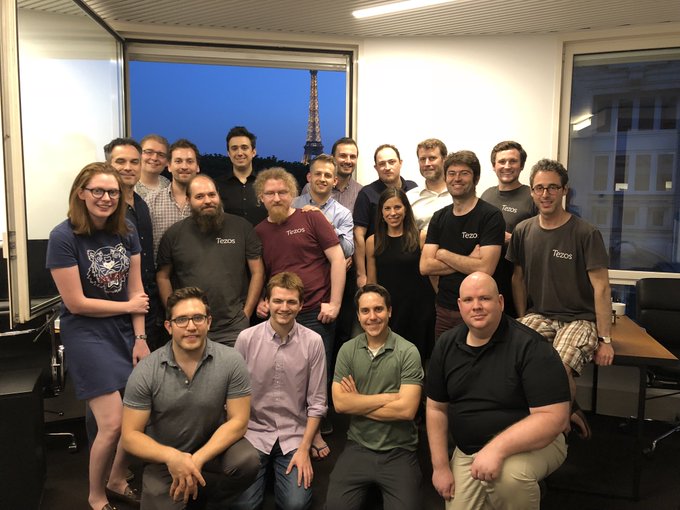 Notable venture capitalist Tim Draper contributed $1.5 million to help pay for operating fees in exchange for a 10% stake in DLS. In addition, Polychain Capital has assigned some of it’s $10 million digital currency fund to the project. The fund which includes partners such as Andreessen Horowitz and Union Square Ventures was announced in late 2016. Polychain has already invested in other projects such as Golem and MakerDAO in the hope of riding the next cryptocurrency bull market.

As savvy CoinCentral readers will no doubt be aware, the project has had its fair share of issues from the start. The following issues resulted in a number of lawsuits which affected the Breitman’s and many investors of the Tezos ICO.

Initially Distributed Ledger Systems retained intellectual property rights over the Tezos source code. According to the ICO agreement, the Breitman’s would set up an official foundation which would buy out DLS (including the all-important IP rights) for the sake of the community.

However, as part of the agreement, the Breitman’s and Tim Draper expected to pick up a sizeable 8.5% of all funds raised from the ICO and also 10% of all circulating Tezzies.

An official document outlining the alleged transparent relationship between DLS and the Tezos foundation was pulled from the website after initially being announced via the companies twitter platform.

The next problem arose after the Breitman’s had established the foundation. Because Swiss law requires independent parties to be on the board, the Breitman’s asked a previous acquaintance of theirs, Johann Gevers, to sit as president of the newly created Tezos foundation.

And if all those issues weren’t enough, an additional drama was on its way. In a recent mid-June announcement, the Foundation unexpectedly announced Know Your Customer/Anti-Money Laundering checks:

During the Tezos Foundation’s donation period in July 2017, there was no blockchain ecosystem or industry consensus on this subject. As the blockchain ecosystem and industry has matured over the past ten months, it has become a best practice to verify that contributors meet basic KYC/AML criteria.

This caught many investors off-guard since the ICO was already a year old. And as you can imagine, the community did not react particularly well to this development.

According to CoinMarketCap, there is a total supply of roughly 763 million “Tezzies” in the currency pool. The live blockchain (mainnet) has yet to be launched. However, the Tezos community is currently running a betanetwork which will eventually become the mainnet. Date of this transition is unknown.

Where Can You Buy and Store XTZ?

Tezzies have yet to be listed on any major exchange. This will most likely prevent the project from gaining wider adoption until some additional options are added. In the meantime, if you were not an investor in the ICO you can buy and sell XTZ on:

and some smaller exchanges. There is currently no official wallet, however, according to some social media posts Tezzies can be stored on a wallet via the command line. Such a solution will only suit programmers of course.

TezBox provides a user-friendly web wallet which can be accessed from your browser. This is a community-driven wallet but we do have to stress that web wallets are a serious security threat and storing and retrieving your coins this way is completely at the user’s risk.

Obsidian systems recently announced a wallet application for the Ledger Nano S which comes as a welcome development for secure storage moving forward.

Founders Arthur and Kathleen Breitman were in NY recently for the Tezos launch party. Naomi Brockwell caught up with them to discuss the Tezos beta net and some of the issues surrounding the Tezos foundation:

There seem to be no grey areas in the world of Tezos. Love them or hate them, they sure are getting a lot of attention. Their ambitions run high on the back of self-evolving blockchain and community-led governance claims. As with many cryptocurrency projects being released today, having a huge war chest is not necessarily a sign of success. But that doesn’t mean that the project is doomed to fail either.

With the ICO concluded and a year’s experience under their belt, the Tezos team now need to deliver on these ambitious promises. All the controversy might just turn out to be a benefit if they can turn that attention into something useful. We’ll just have to wait and see to find out. 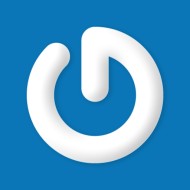 Ryan is a web developer, writer, and cryptocurrency trader who hails from sunny South Africa. He eats, breathes and lives crypto. When not meticulously looking over charts he can be found planning his next road trip or running around a 5-a-side soccer field.